It’s Thanksgiving time again! This year we made a fun Craft Stick Thanksgiving Turkey Puppet. These little guys have lots of personality! Great for little ones to learn about turkeys. The puppet can be used for pretending or with literacy rhymes like 5 Little Turkeys 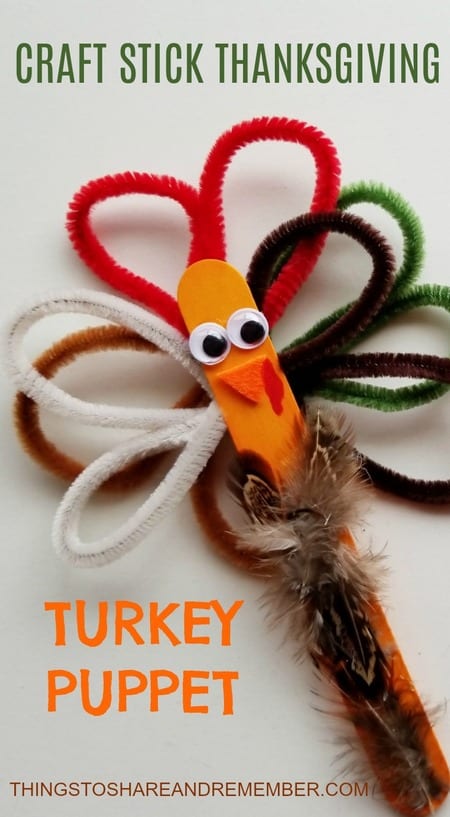 To make a craft stick Thanksgiving turkey puppet, you need a few supplies and a few minutes. They to together quickly. 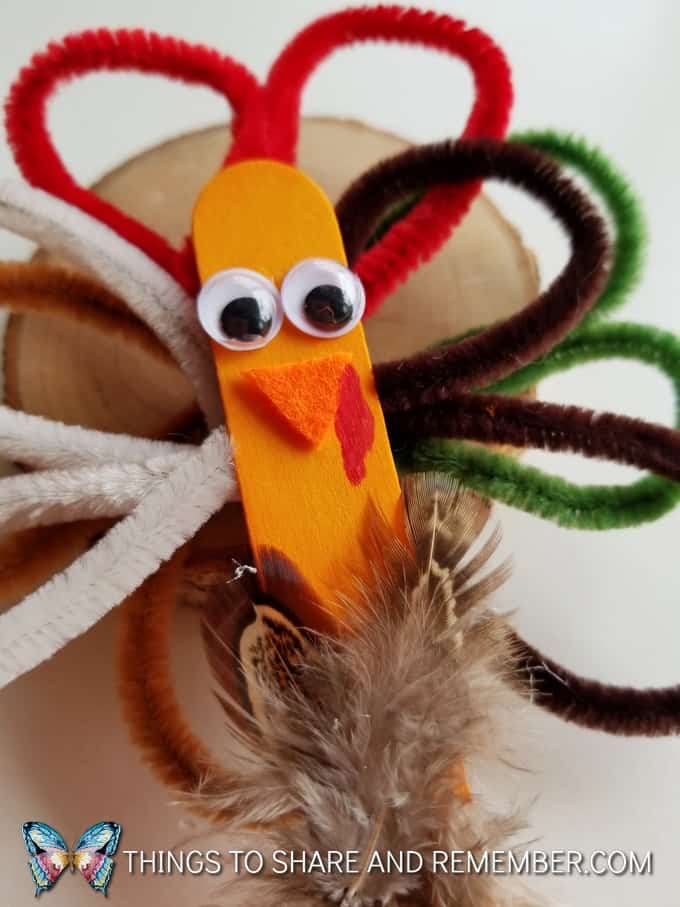 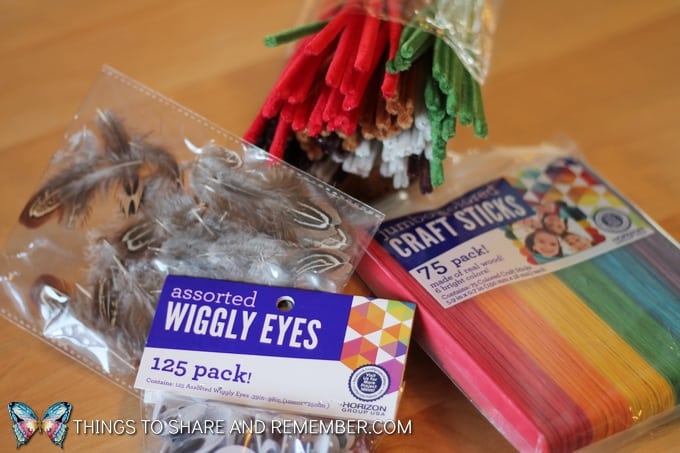 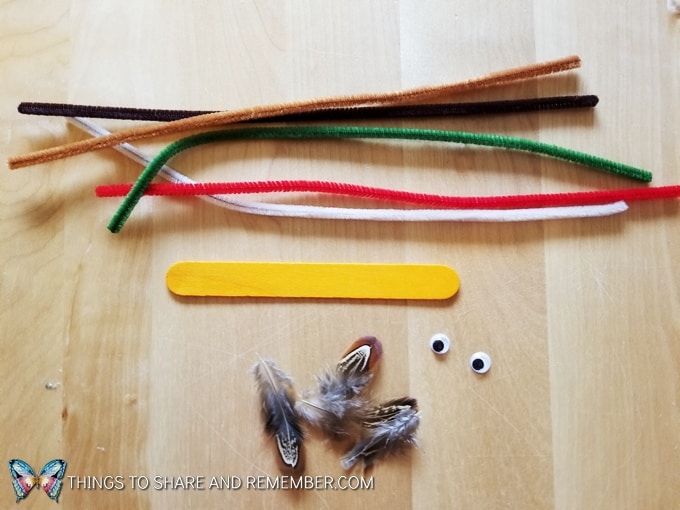 Using five of the Fuzzy Sticks, one of each of the colors included in the Dark Colored Fuzzy Sticks, I formed each one into two loops. 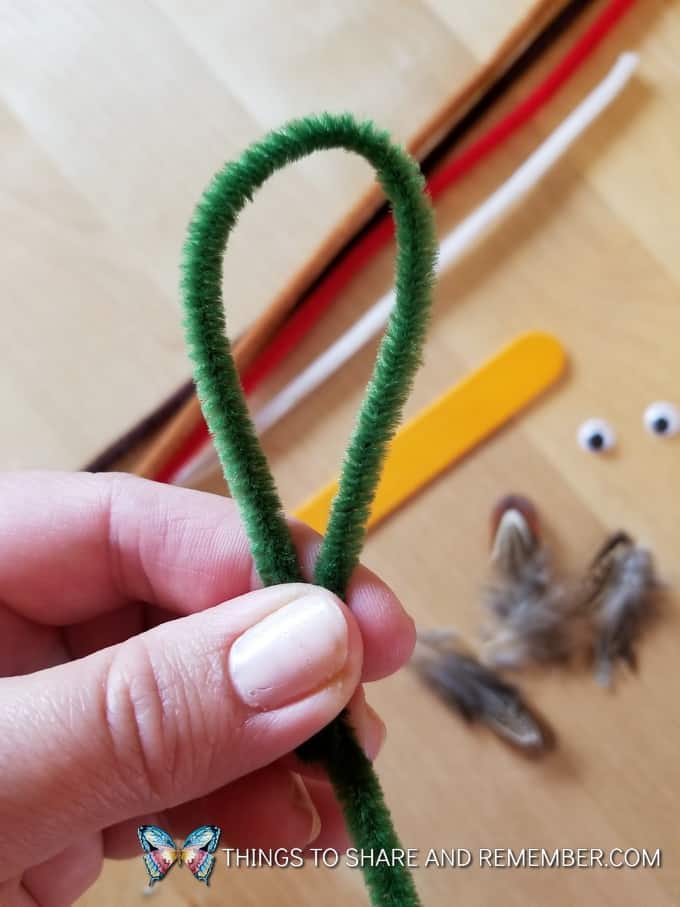 Just kind of twist them around each other in the middle to hold them together like shown in the picture below. Repeat with each color. 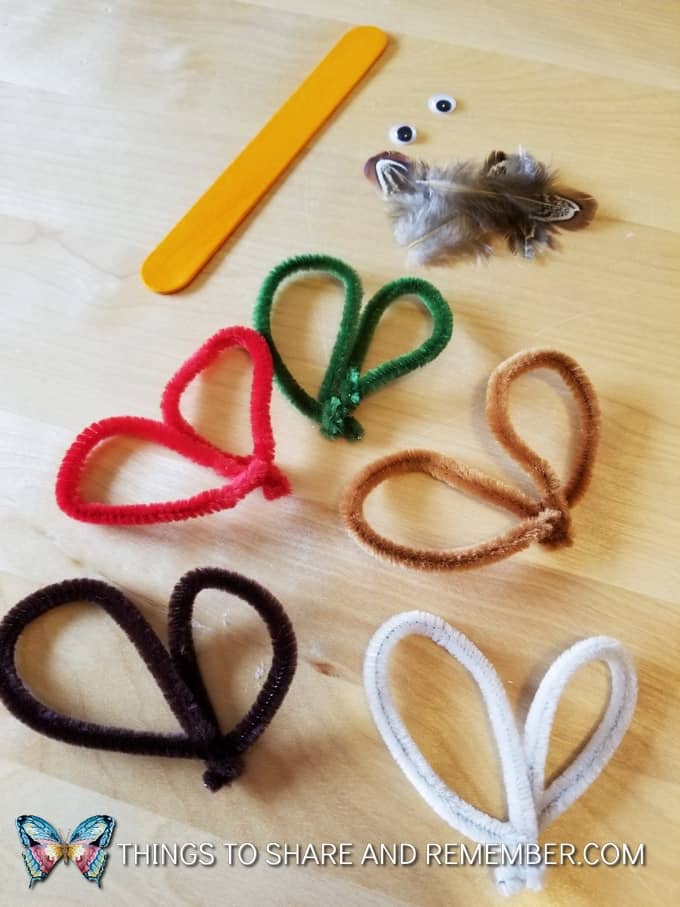 Arrange like feathers as desired and glue them to the back of the orange Jumbo Colored Craft Stick. 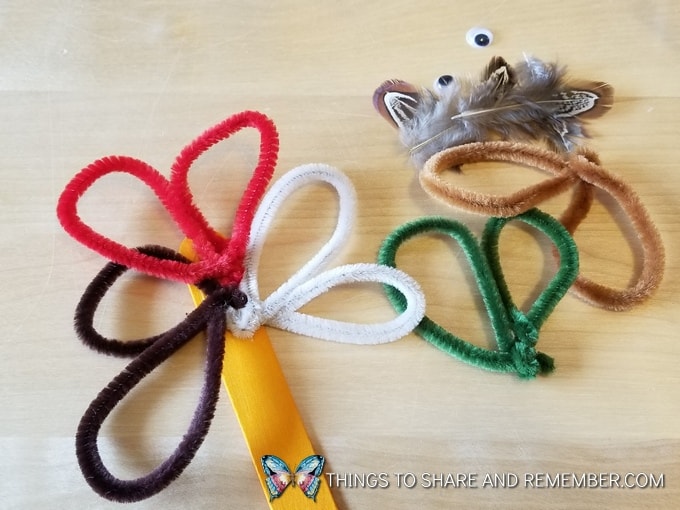 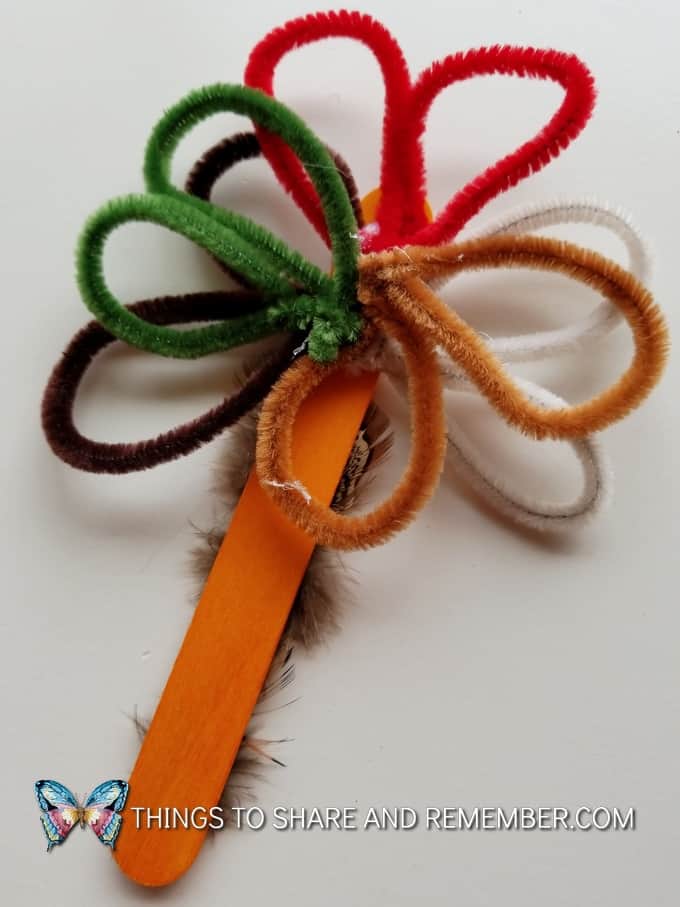 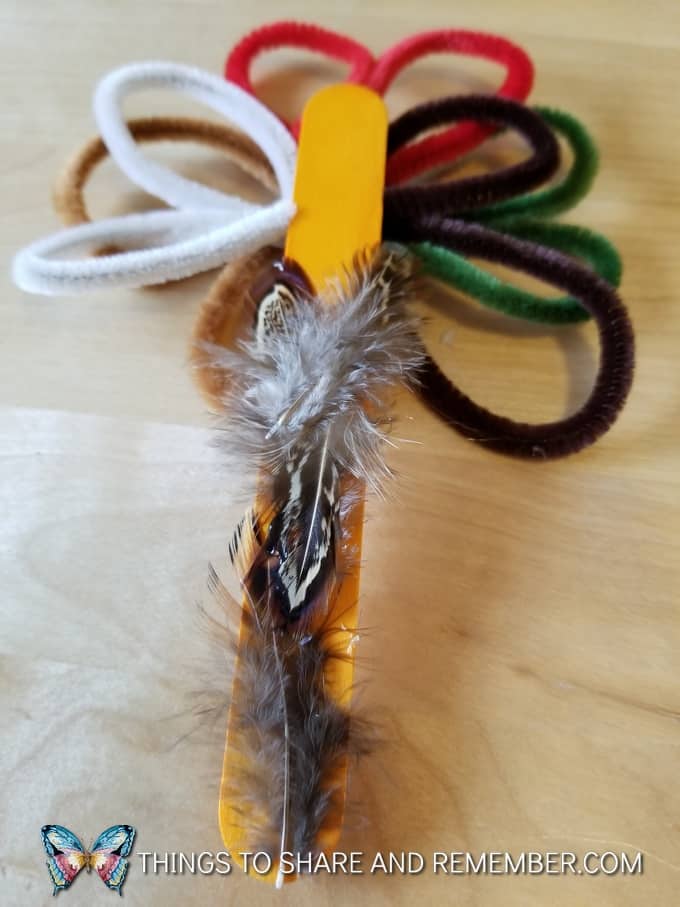 Glue on two Wiggly Eyes and a small triangle for the beak. Using the red Sharpie marker, draw a wattle. I know, what is that really supposed to look like?! Something like shown below will work! 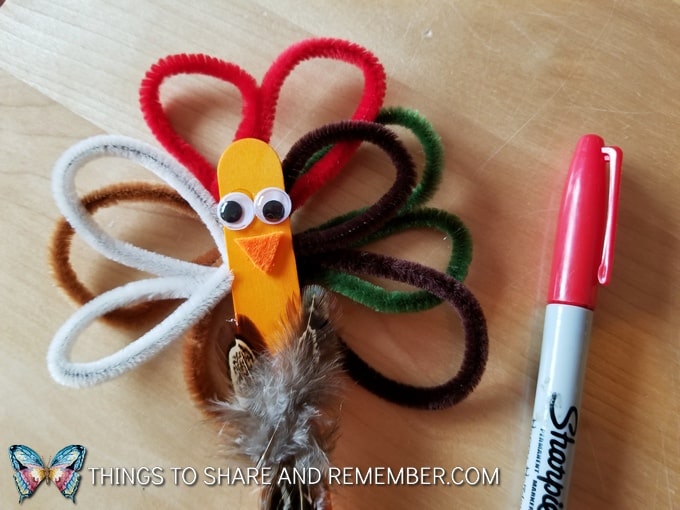 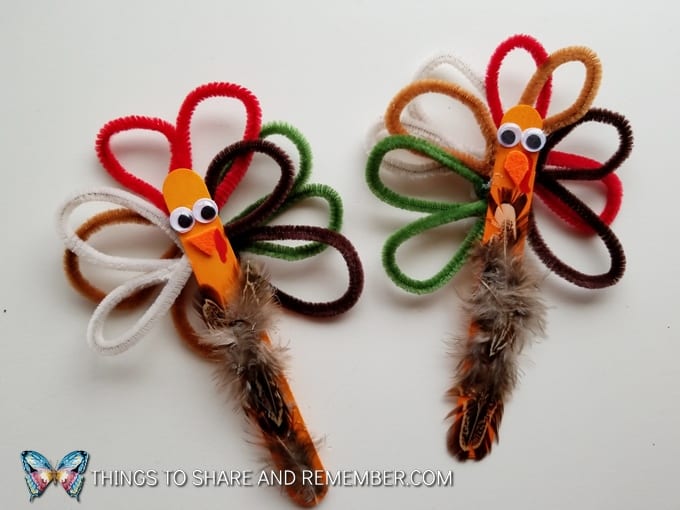