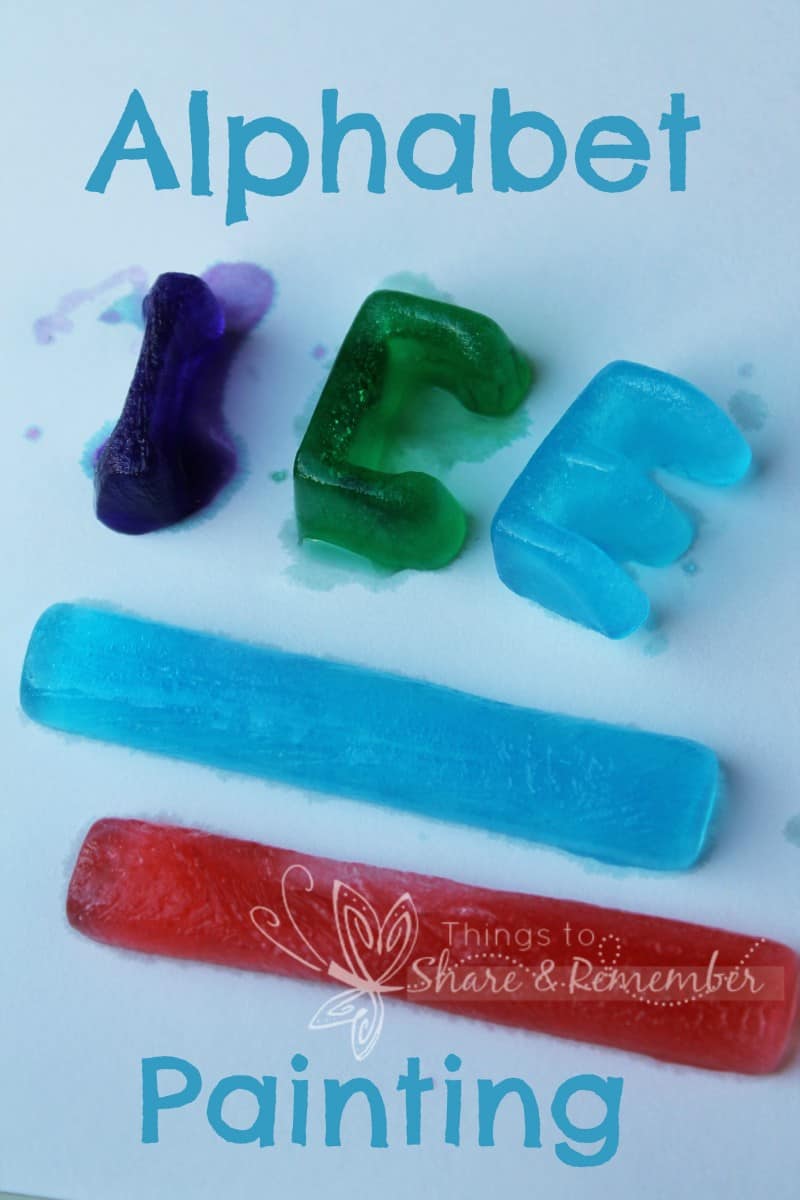 We’ve had some very cold days already this winter. Last week temps with wind chills were well below zero so it was a good opportunity to make some ice cubes. I mixed some food coloring (mostly liquid food coloring but the purple was a gel) and water and poured it into various ice cube trays. I love our alphabet trays that I found at a garage sale over the summer. This was the first time I attempted to use them. I also filled all of our other trays so we had a variety of shapes and sizes of colored ice to play with. 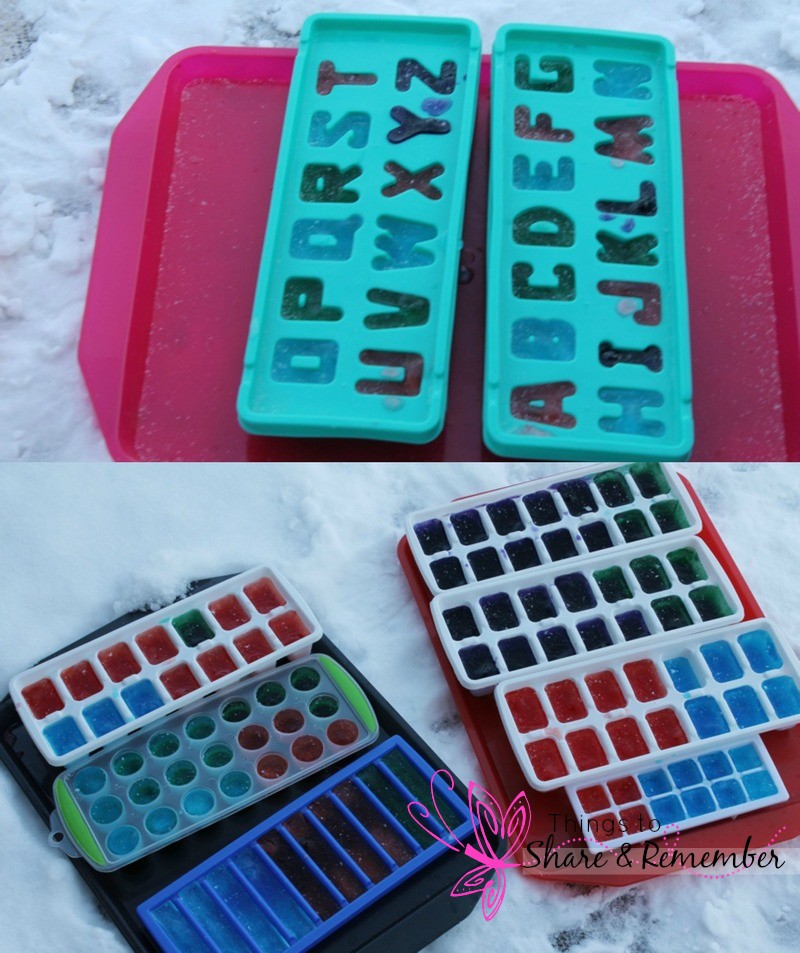 It took about 3 hours for our colored water to freeze in the trays. The bigger cubes took longer. The kids were anxious to play with them so we checked on them often! 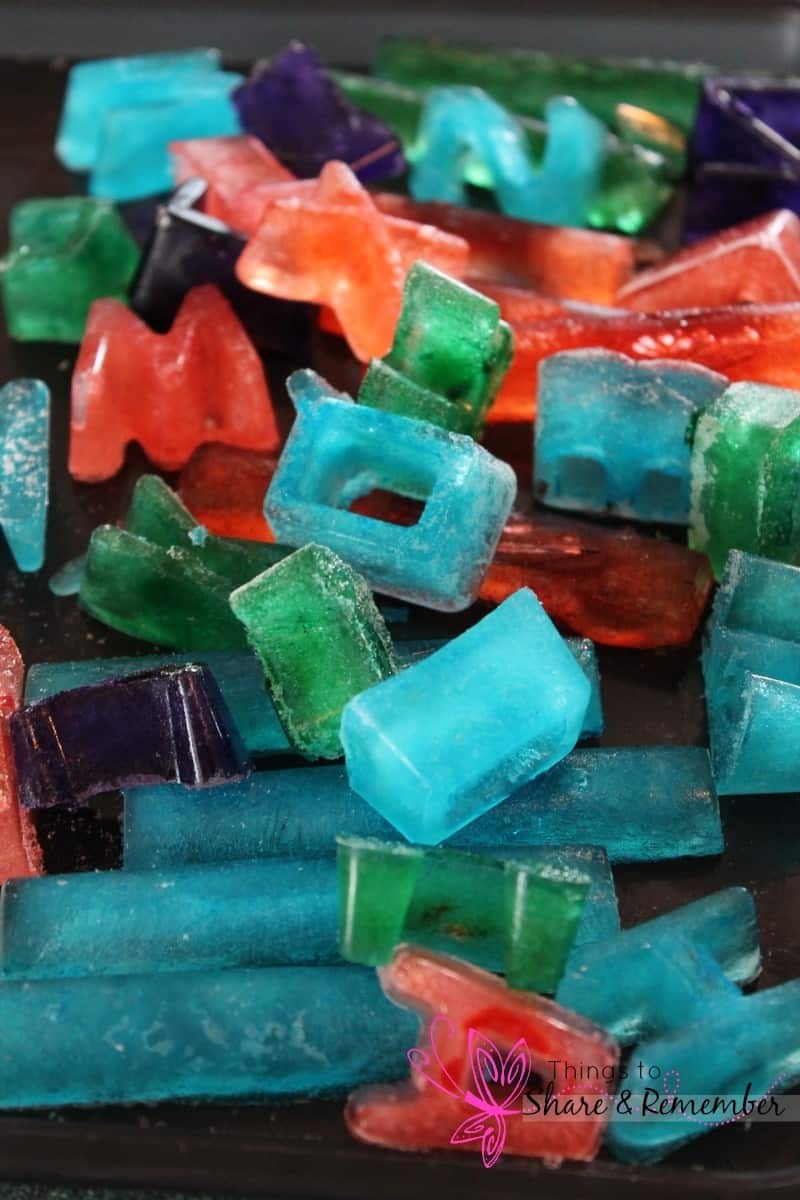 Each child used some cubes for sensory play and painting on a tray with white paper. As they played with the ice, the melting ice created a colorful design. 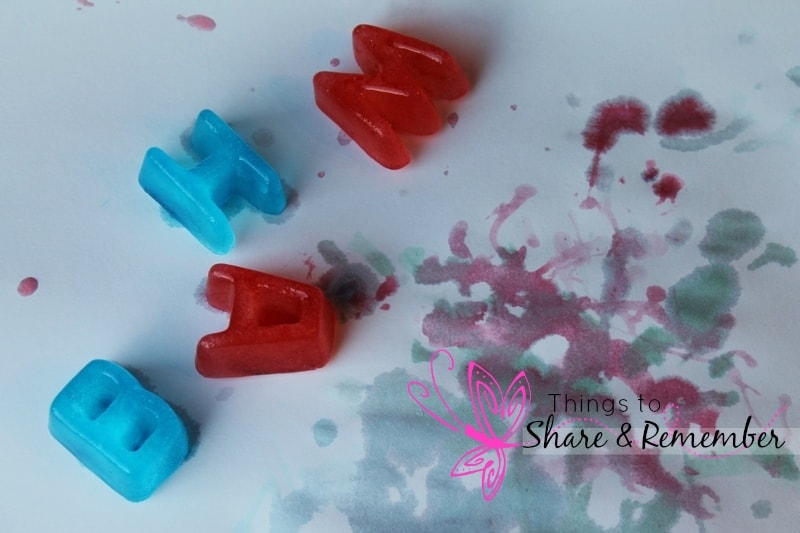 We used some of the shapes too. I heard the kids talking about the letters they had, requesting the letter their name starts with and wanting to trade specific letters. 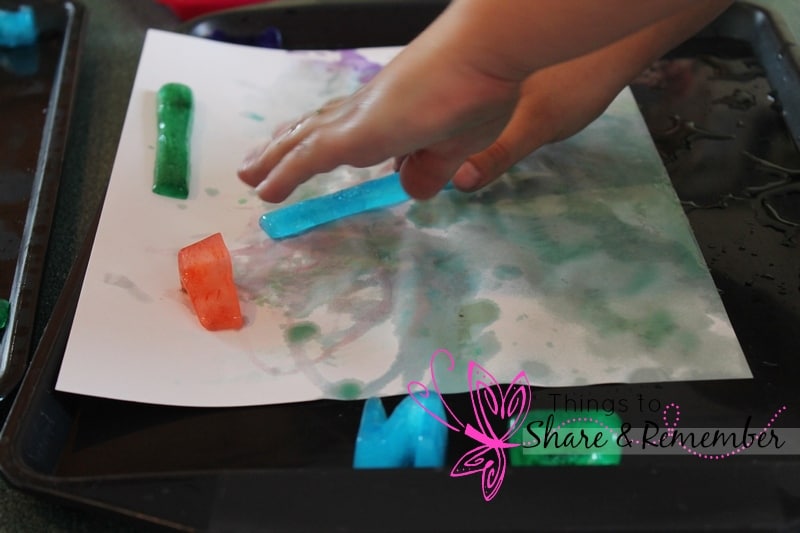 Alphabet ice painting was very successful and we’ll do it again! A fun way to explore letters and painting. 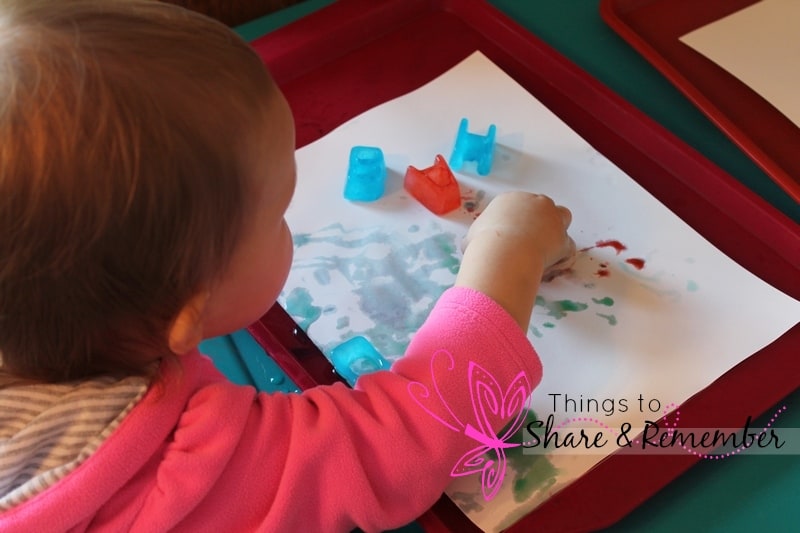 Yes, some food coloring was left on their hands. It was soon washed off and everyone went home with pretty clean hands. 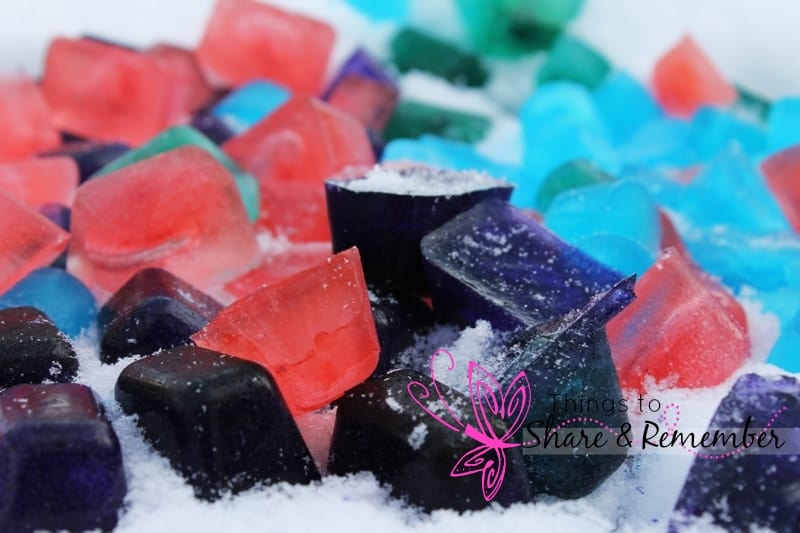 We played with the rest of the ice cubes outside in the snow and they have stayed frozen for play again this week. 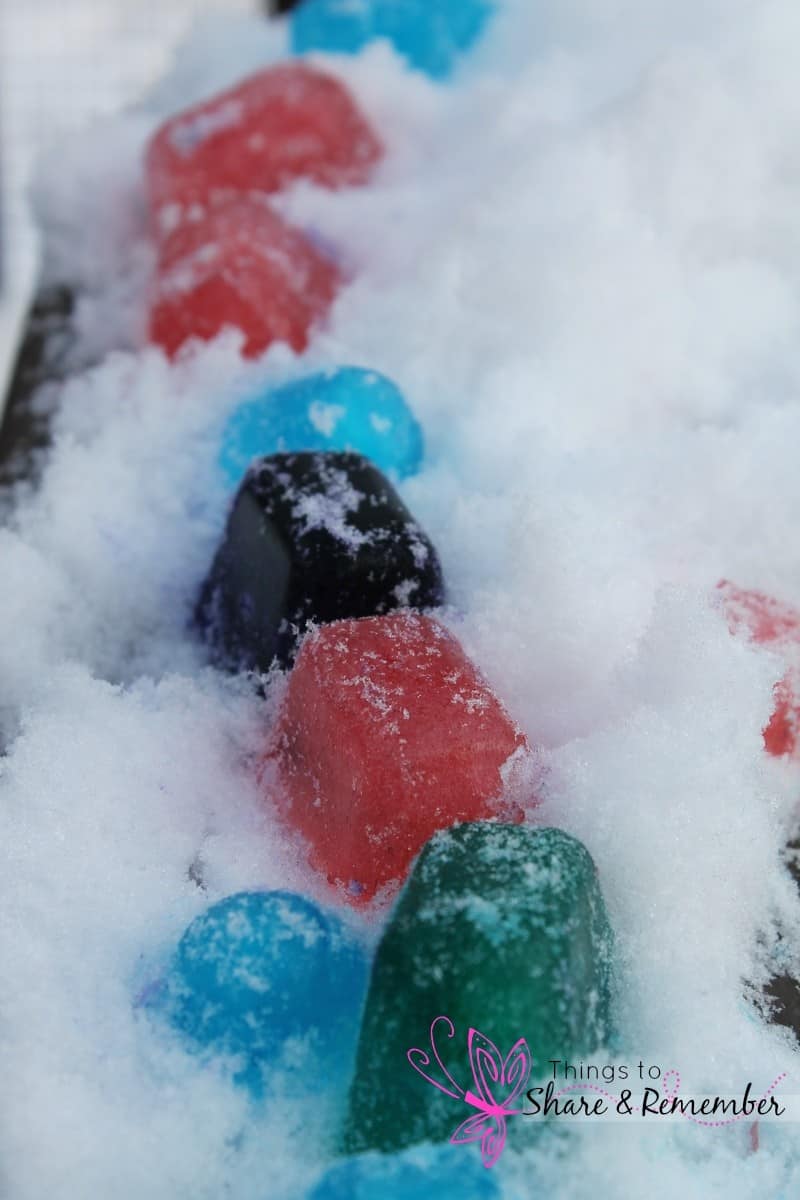 Also, see our Rainbow Ice Cube painting activity we did in the summer.

Need alphabet ice cube trays? You can find some on Amazon. 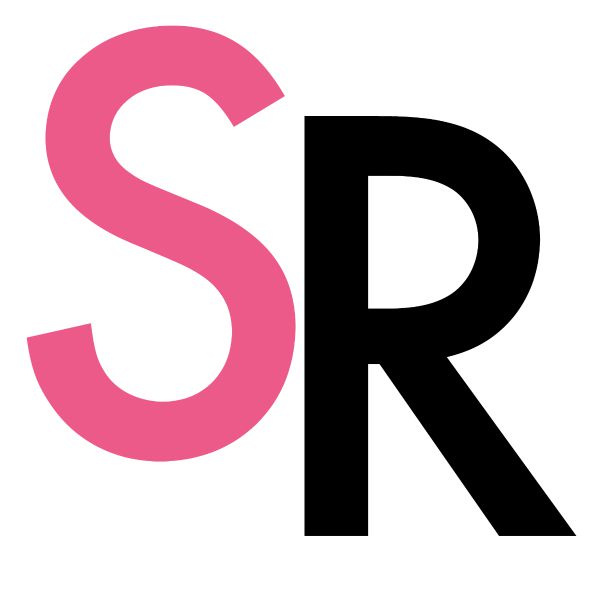 Sign up today for free and be the first to get notified on new updates and free printables. 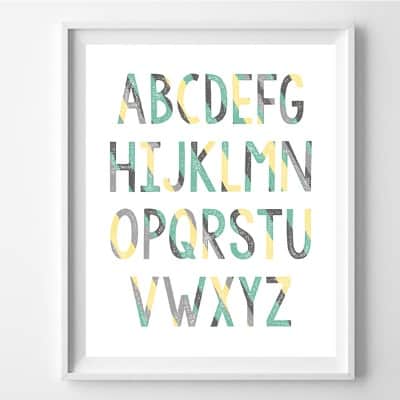 Be the first to get notified of new posts, printables and tips. Sign up today & receive an exclusive alphabet print!