Let’s be honest, there’s a lot of disorganization that goes on behind the scenes here. I try to keep all the STUFF under control but it seems like after all these years, I’m finally getting a system that works for me for organizing preschool curriculum.  Every month a new Mother Goose Time box comes with the month’s themed materials. They are wonderful but after we take the kits apart and use everything, what happens to what’s left over when we’re done? There are too many wonderful things to discard! They can be used again another time. So here’s a glimpse of my system for organizing all those supplies! 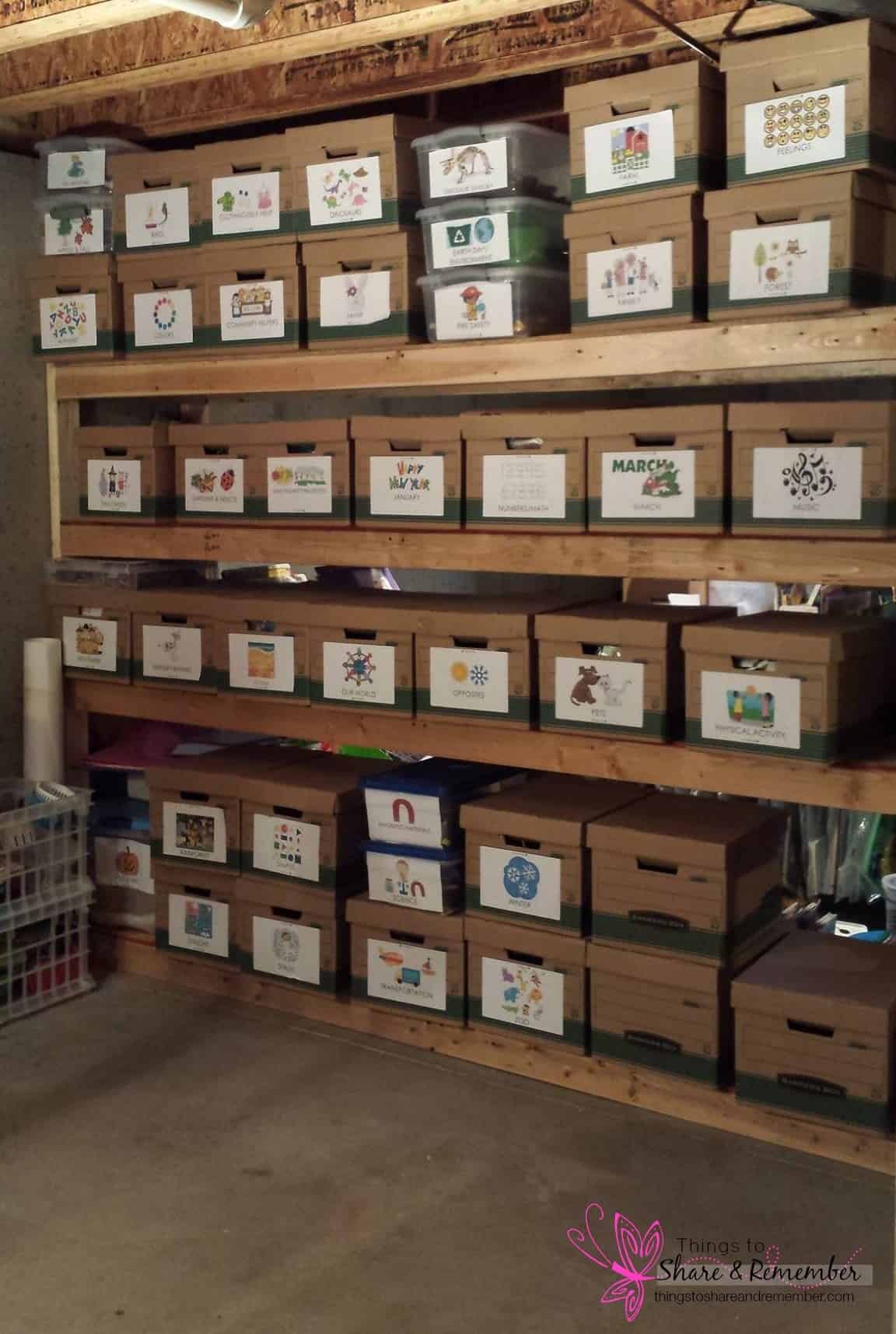 This my storage area, which is in the basement for organizing preschool curriculum. My husband built a shelf for me. I have a cardboard office box (rather than plastic totes because they are cheaper!) for my themes including: 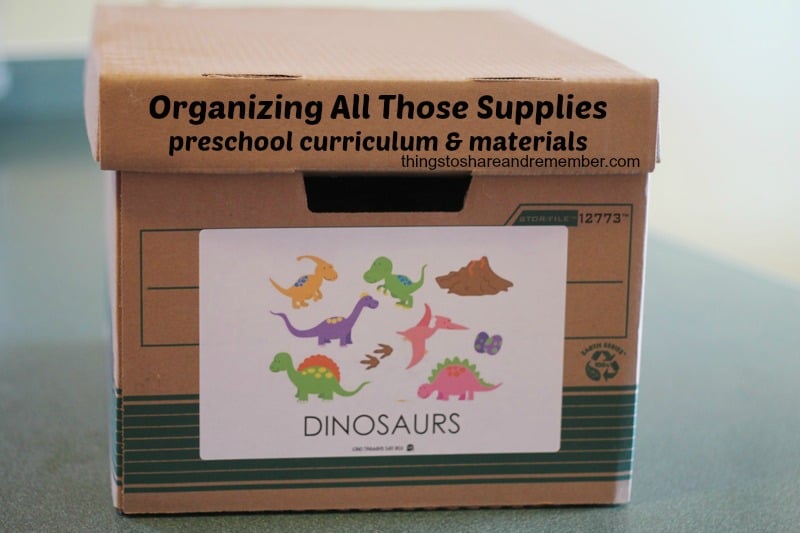 Inside each one, I store toys, materials, sometimes specific books, games, magnetic, or anything that relates to the theme. By the end of the month, I know whether or not I’ll use certain materials again or not. If I know I won’t, I just toss it.

I’ve learned to throw out a lot because:

2. I’ll get a new kit next time around. I used to think I’d save up enough materials and then just make up my own theme. Believe me, I could! BUT Mother Goose Time still proves to save me time and money. It’s so much easier than coming up with my own lesson plans and gathering all the materials needed.

I don’t do the same themes or activities each year because I have some of the same kids in my group from birth – 5 years. Besides, that would be just plain boring! Plus, I use this as a write off at tax time. It’s one of my big main expenses that’s considered 100% child care. 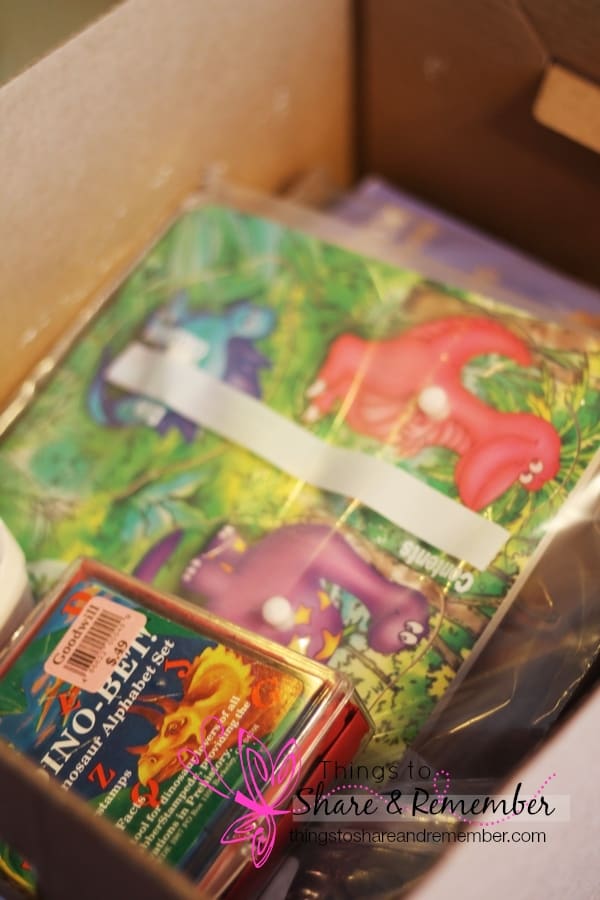 So our Stegosaurus spikes counting game will go in the box now that we’ve finished this month’s dinosaur theme. Throughout the month, it’s been on our activity trays for further exploration. 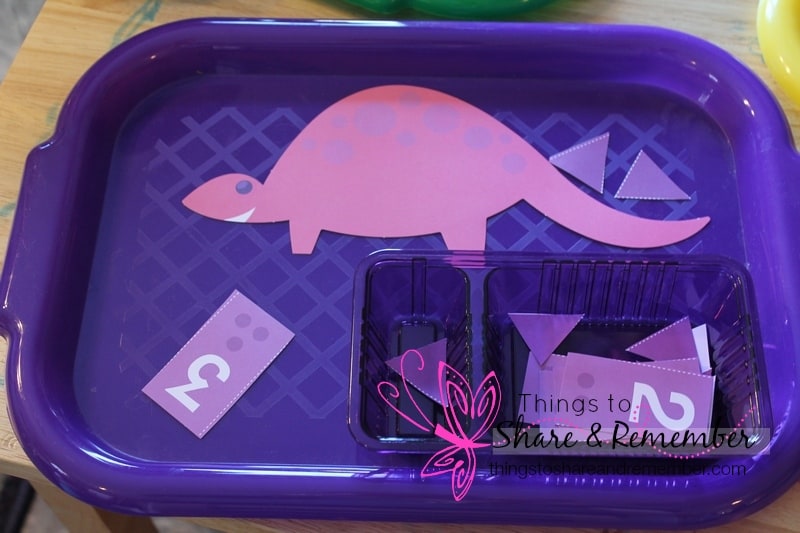 Any paper materials left over from crafts that can be used again are put in our writing center storage drawers. In this case, the frame from the stegosaurus game could be used as a stencil during free time. Honestly, I hate to throw anything away! Sometimes I have to show the children how materials could be used. Using stencils is new to some of them. I order 7 kits currently but sometimes have just 6 kids present so if I have an extra craft, I will save the craft sticks, googly eyes, etc in my craft supplies. If it’s paper, I usually put in the art/writing center for use during free time. This gives them extra time to practice cutting, gluing, or creating something new. 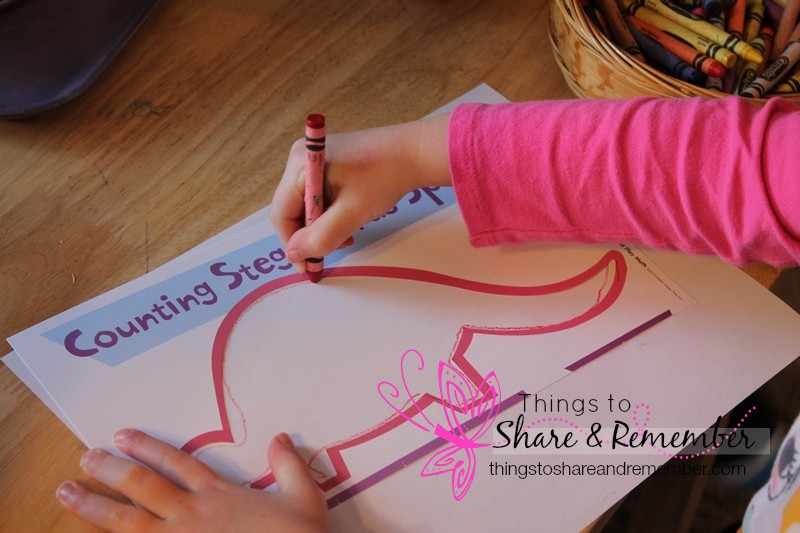 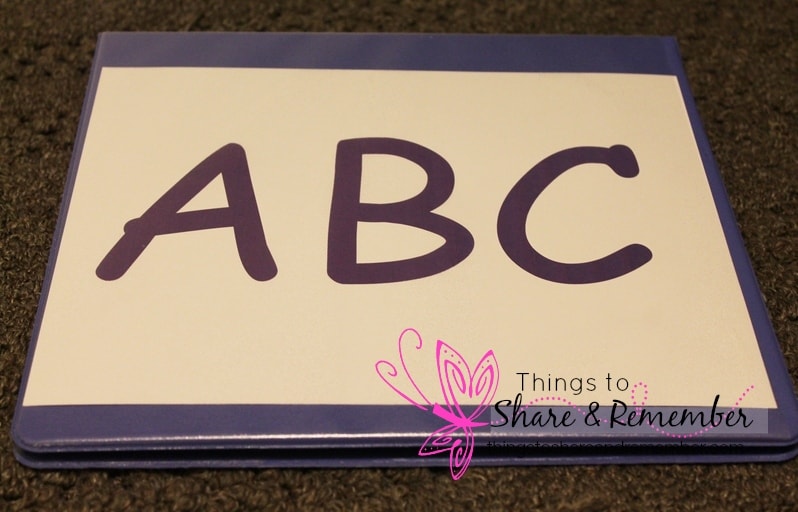 I love the alphabet Letter Set pages. After we’re done with them at the circle time area, I put them in a binder which is stored in the writing center. It is often looked it. 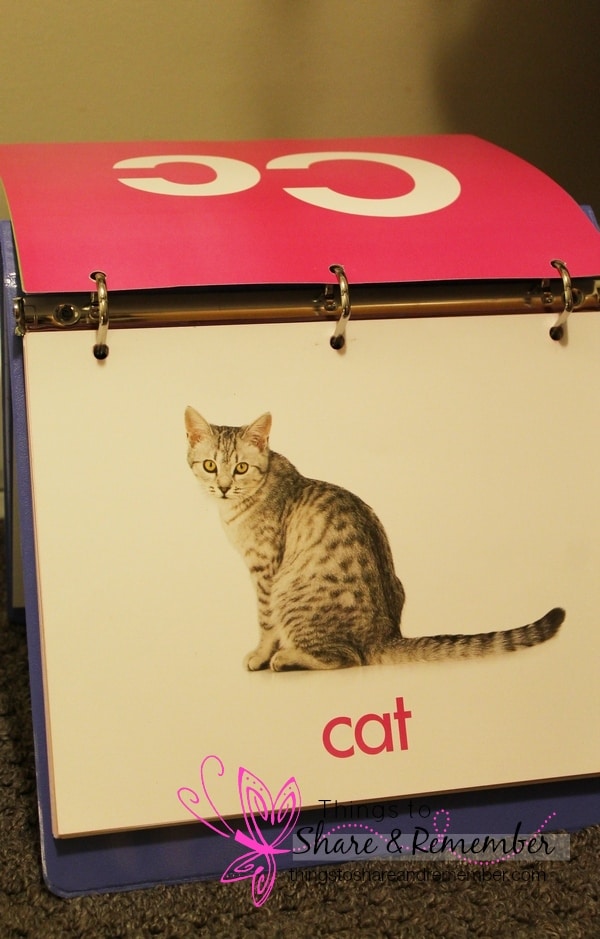 Extra display pieces are hole punched and put in the writing center. Any photo or science cards can be put in the theme box to save. 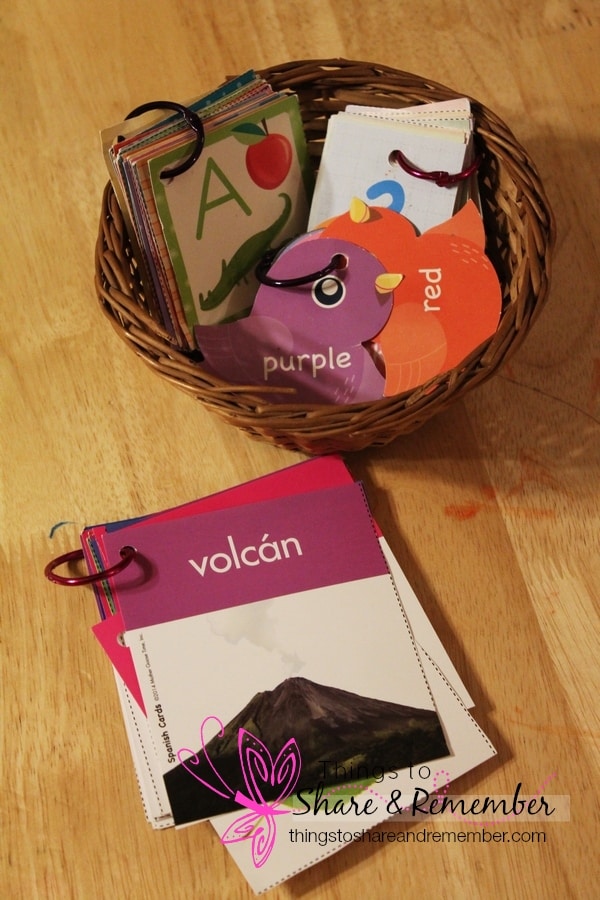 Puzzles are laminated and a have a magnetic piece glued to the back so they can be used on the magnetic board. These also go in the theme box. 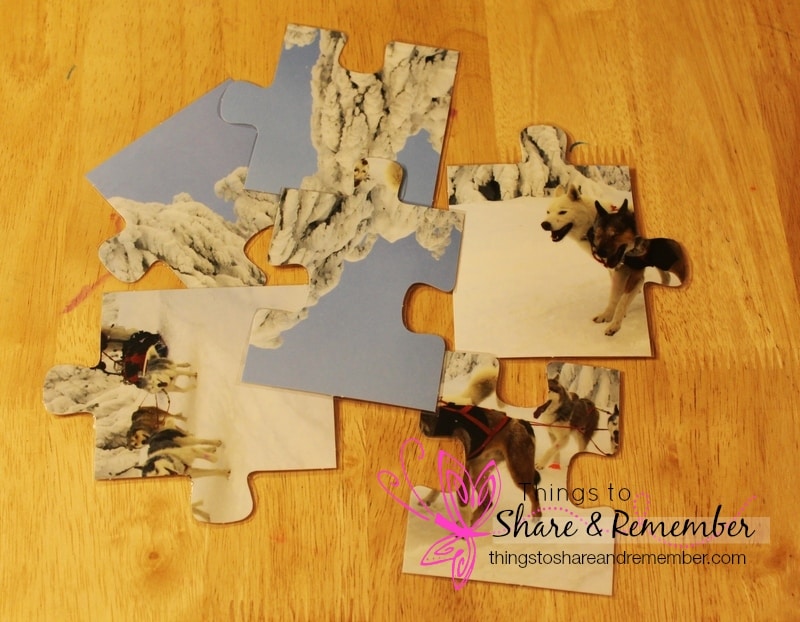 Manipulatives go in bags or boxes to be rotated in with the rest of our toys.

The alphabet flower sticks are popular and are played with often! They can be reused at circle time for literacy games or in the writing center for making letters or during free play.

Here’s my book storage in the basement. I used to have most of my books on a shelf but eventually, the shelf became too full…now I have them sorted into bins and just bring up some for each month. Some are related to the current theme, some the season/holiday/weather and a good mix of culture, differing abilities, and storybooks vs. nonfiction. 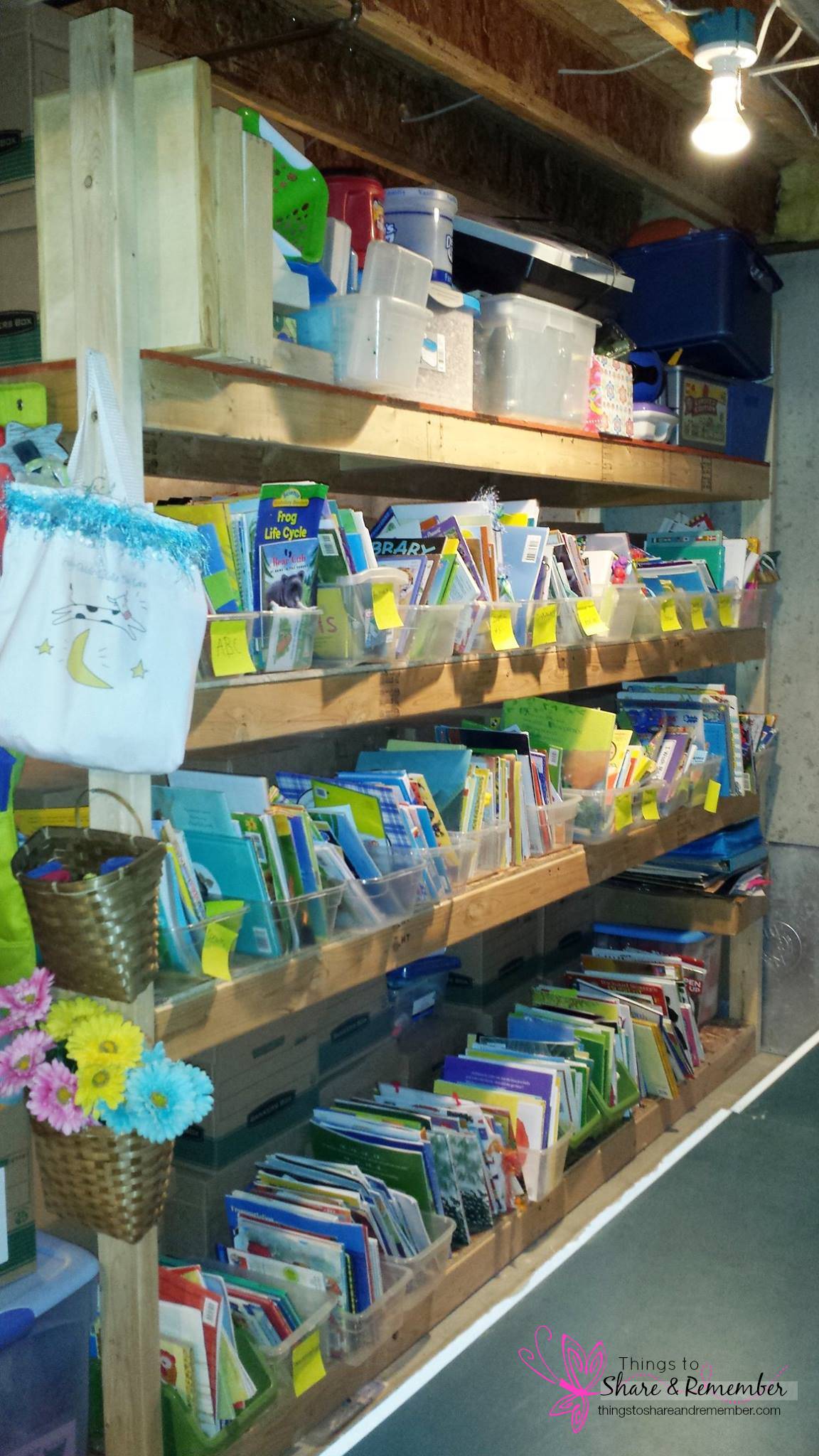 The organizing preschool curriculum effort is ongoing! Thankfully, there are many uses for them over the days and years.

I have 30 years of toys and teaching materials that my daughter is trying to down size and organize for me. I bought a shelf and containers for her I’m going to show her yours . Mine is built similar to yours. Thanks for sharing.

Thank you for showing how you store your stuff! I need help organizing and anything helps!

[…] Stacey from Things to Share and Remember shares her amazing organization of her preschool curricula. […]

14 Spring Reorganization Ideas for Your Home – Line upon Line Learning

[…] Stacey from Things to Share and Remember shares her amazing organization of her preschool curricula. […]

I love the binder ring idea. I will have to put those on my shopping list. Thanks for the tips!