This is a Sponsored post written by me on behalf of Moen, Incorporated for SocialSpark. All opinions are 100% mine.

Finally! A new faucet for my bathroom! It’s something I’ve wanted to do for quite a while but to be honest, it’s at the bottom of the priority list. We’ve replaced the kitchen and main bath faucet already but in the master bedroom, I’m the one who mostly sees and uses it. We are in the middle of redecorating the bedroom so it’s nice the sink area can be updated as well. Moen offered this beautiful Moen Boardwalk 1-Handle bathroom faucet in Spot Resist for us to install and enjoy. 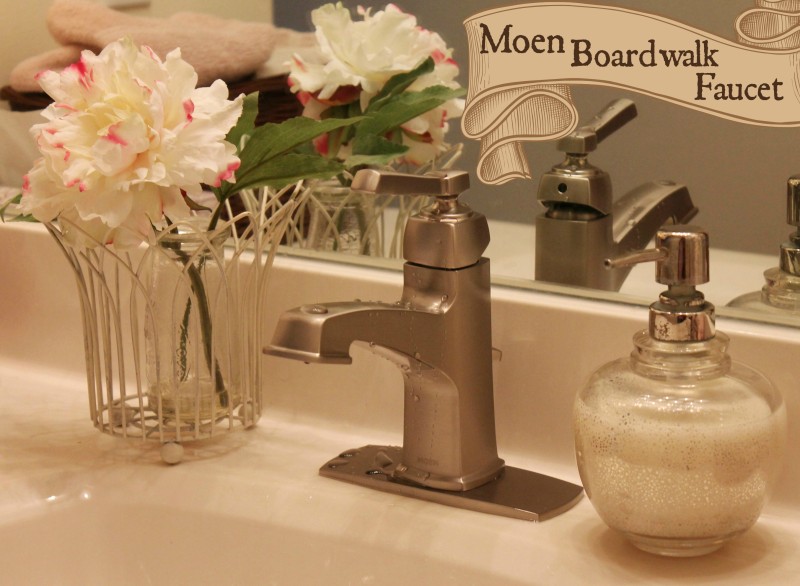 Here’s the beauty that’s been here since the house was built in 1995. Yikes. 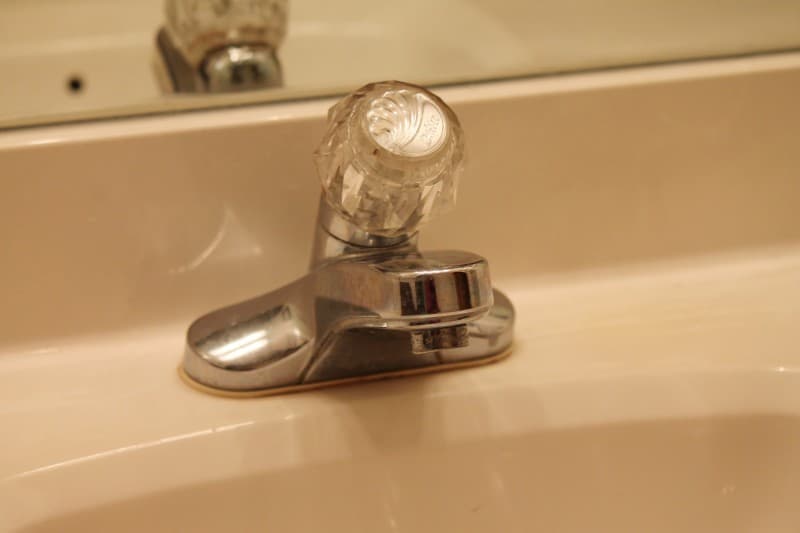 I bet I could have swapped out this faucet on my own but it would have taken much longer than it did! My husband has done several of them so I kindly let him do it.  He’s good like that though, ready to do most any project I suggest. He's not the handyman type exactly but he has accomplished many tasks by a little online research, reading directions and giving it a try! It might take a little longer for him to do things but in the end, we’ve saved money and have the sense of accomplishment. 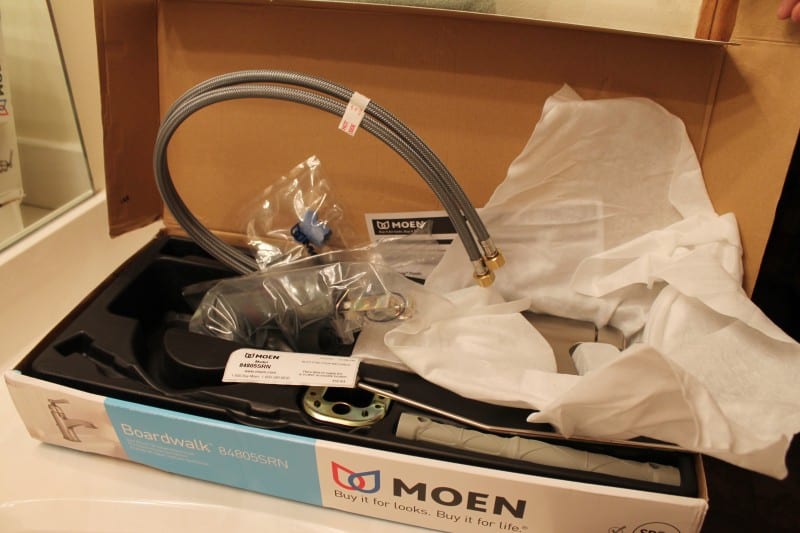 After removing the old faucet, which takes the longest, then comes the fun part of installing the new one.

1. Open box and check out contents. My husband was impressed with everything and said “and it’s even wrapped in Kleenex” Ha ha.

4. Turn off the water – ours was stuck!! Lay a towel down underneath the sink to catch drips. Maybe get a bucket – that would have been a better idea. In our case, the water drained out of the pipe, hit the light bulb on the work light and the bulb burst. Oh, safety glasses are a GREAT idea…. 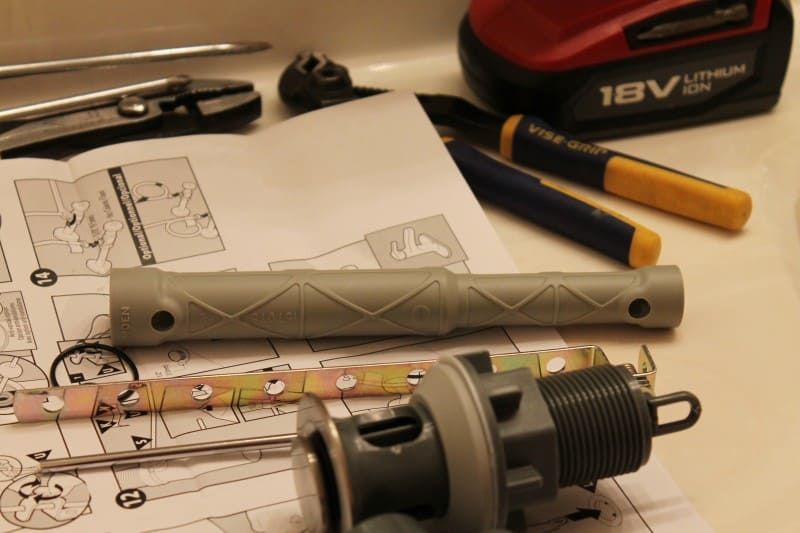 It all went quite smoothly overall…we won’t share all our inexperienced “duh” moments, and there was a bit of blood involved…but actually that was from a different DIY job earlier in the day. There should be no injuries involved in this job! 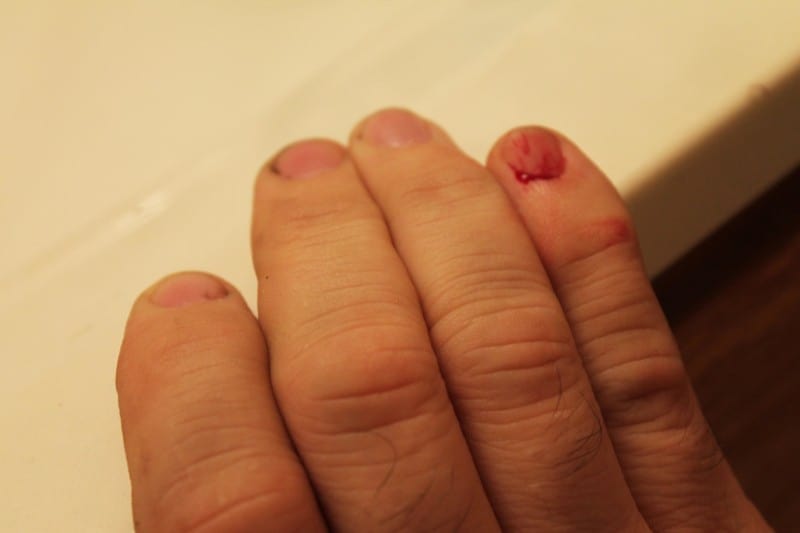 It took us longer than it probably should, start to finish a couple of hours, but that included some stop & start time to get new putty – ours was old- and some other distractions that we were going on at the time. It was well worth the time spent! It looks beautiful and it works so much better with the large sink. 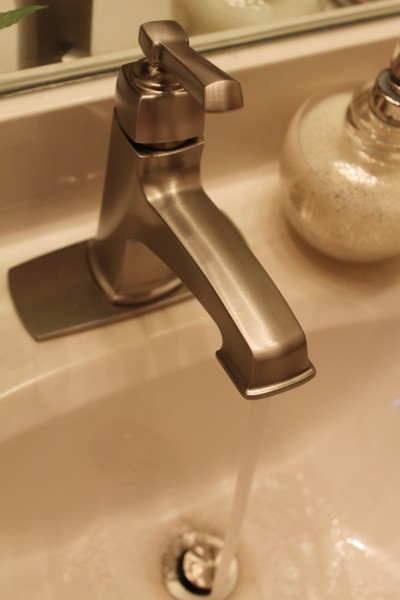 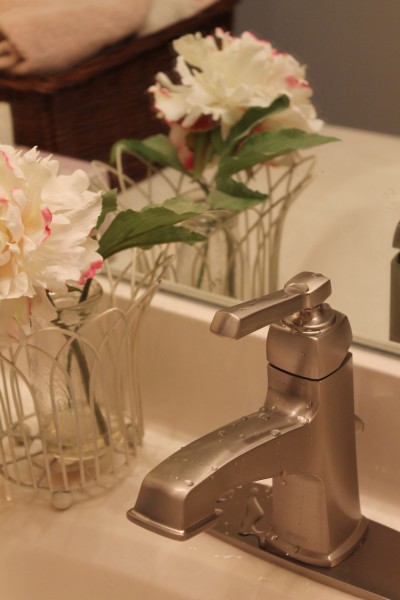 I like that is is spot resistant and repells waterspots and fingerprints since my bathroom is the last place to get cleaned.. another feature of this faucet is that it's WaterSense compliant so it uses less water.

I love this little update that really seems much bigger than a faucet! Soon this area will have new paint, accessories and I'm crossing my fingers on a new light fixture! 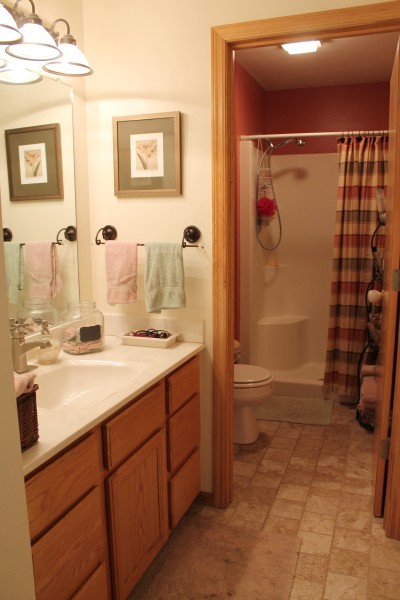